A.M. Radio, those were the days

As a young boy I recall listening to long distant A.M. radio stations in the evening on my transistor radio. As a young boy I had two hobbies that thrilled me, that was rock collecting and electronics. At a very early age my parents would buy me Radio Shack perfboard kits, 101 in 1 project kits and then an AM radio kit to build and then I was fortunate enough to get a Radio Shack Globe Patrol SWR to put together and listen to the world.

But what I recall most of all was having a tie to many of the local AM stations as I had an Uncle who was a DJ on many of them and then he eventually became Chief News Editor in Thunder Bay for CBC (CBQ). In the day we had 3 A.M. stations that ran full time, 580 CKPR , 800 CBQ and then 1230 (CJLX, CFPA), and then not being too far from Duluth MN where we are located I could usually hear at least 2 stations from there both day and night, one in particular was around 560.

I best recall listening to many programs at night, everything from Grand Old Opry, CBS Mystery Theater, The Great Gildersleeve and The Life of Riley, Dragnet and others. Of course WLS 890 was always loud here in Thunder Bay, ON (Formerly The Twin Cities of Fort William and Port Arthur)

There are no more A.M. stations in Thunder Bay, all have migrated to F.M., however as you drive along the North Shore of Lake Superior you will find many low power A.M. stations that rebroadcast some of the larger stations.

Here is a look at a few of the reminders of those once powerful and notable stations that once took on the air waves. 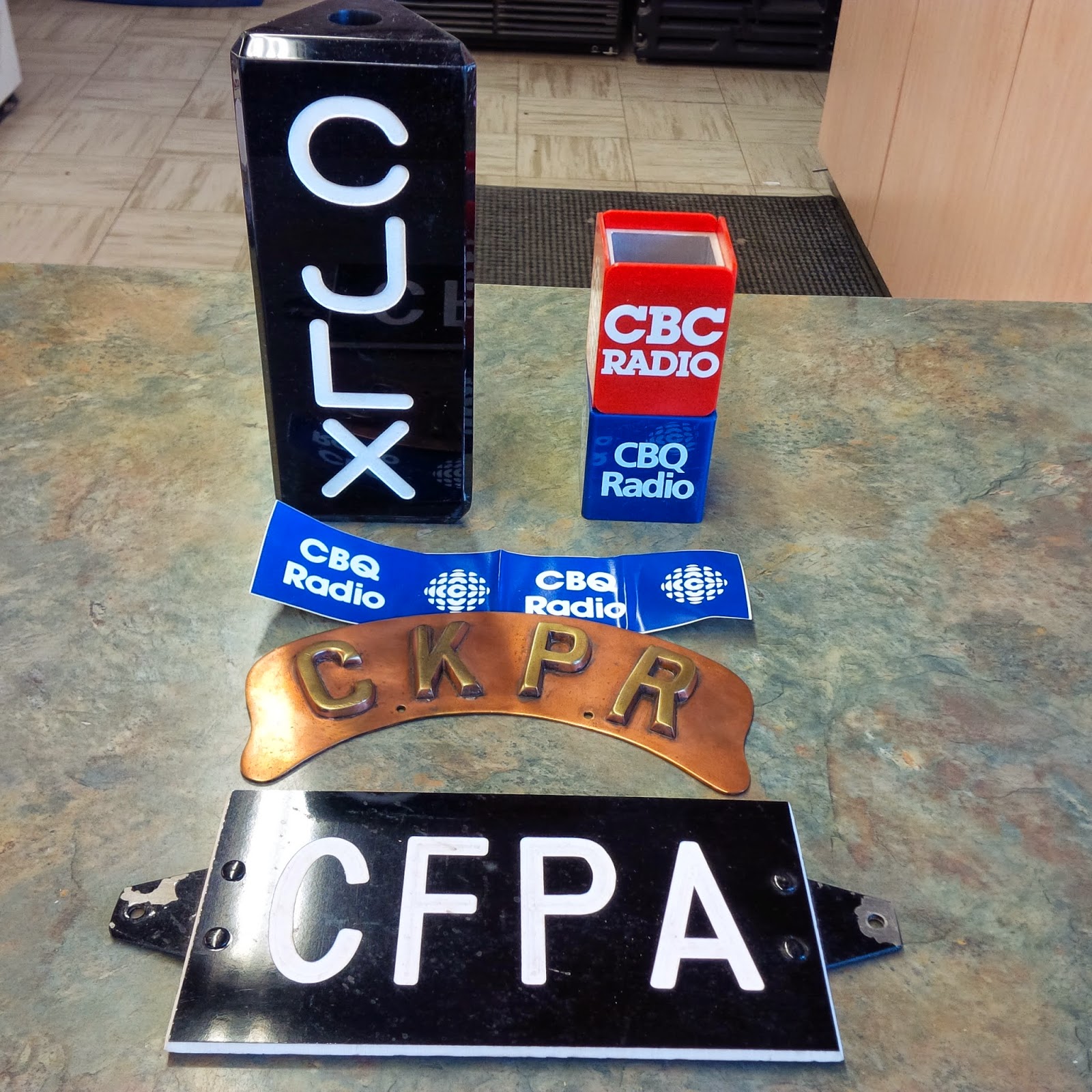 Been a long while since I played with satellites or even the ISS for that matter. In fact 2 meters has taken a total backseat for me as it no longer thrills me as far as APRS or even repeaters. IRLP nodes as well just don't do it like they used to, combine that with only one telephone provider (Thunder Bay Telephone) and major dropouts etc on the IRLP it makes it no fun on nodes.
So turned the FT857 on today after reading about the ISS sending SSTV pictures down to earth. Using a dual band vertical at 25' and using MMSSTV I was able to copy these pictures this afternoon. (Monday afternoon in Ontario)

So kinda made my day to see the pictures up on the screen when I got back into the shack.
Cheers
Fred
VE3FAL
Posted by ve3fal1@gmail.com at 3:18 PM No comments:

My plans today were to get out to my Winter Survival shelter and operate in FYBO and the RaDAR event. But snow and a very low windchill changed my mind on the outdoor adventure, but with about 45 minutes in the RaDAR event left I decided to saddle up my PRC-104 with Chameleon whip and give 15 meters a go. With luck I was able to work a few RaDAR stations. Even in -15c (-21c with blowing snow) a warming smile was brought upon my face.
Thanks to those who pulled me out and gave me the opportunity to play late in the game.

Other videos of my hobbies can be seen on my YouTube channel at :

I could not feel my fingers when I got back into the house but it was a great experience none the less.