Was a nice day to go out and play radio last weekend. Gary VE3ODE and myself went up to The Terry Fox Memorial Lookout and set up our rigs for QRPTTF and to just play around with some antennas and basically just to get out. 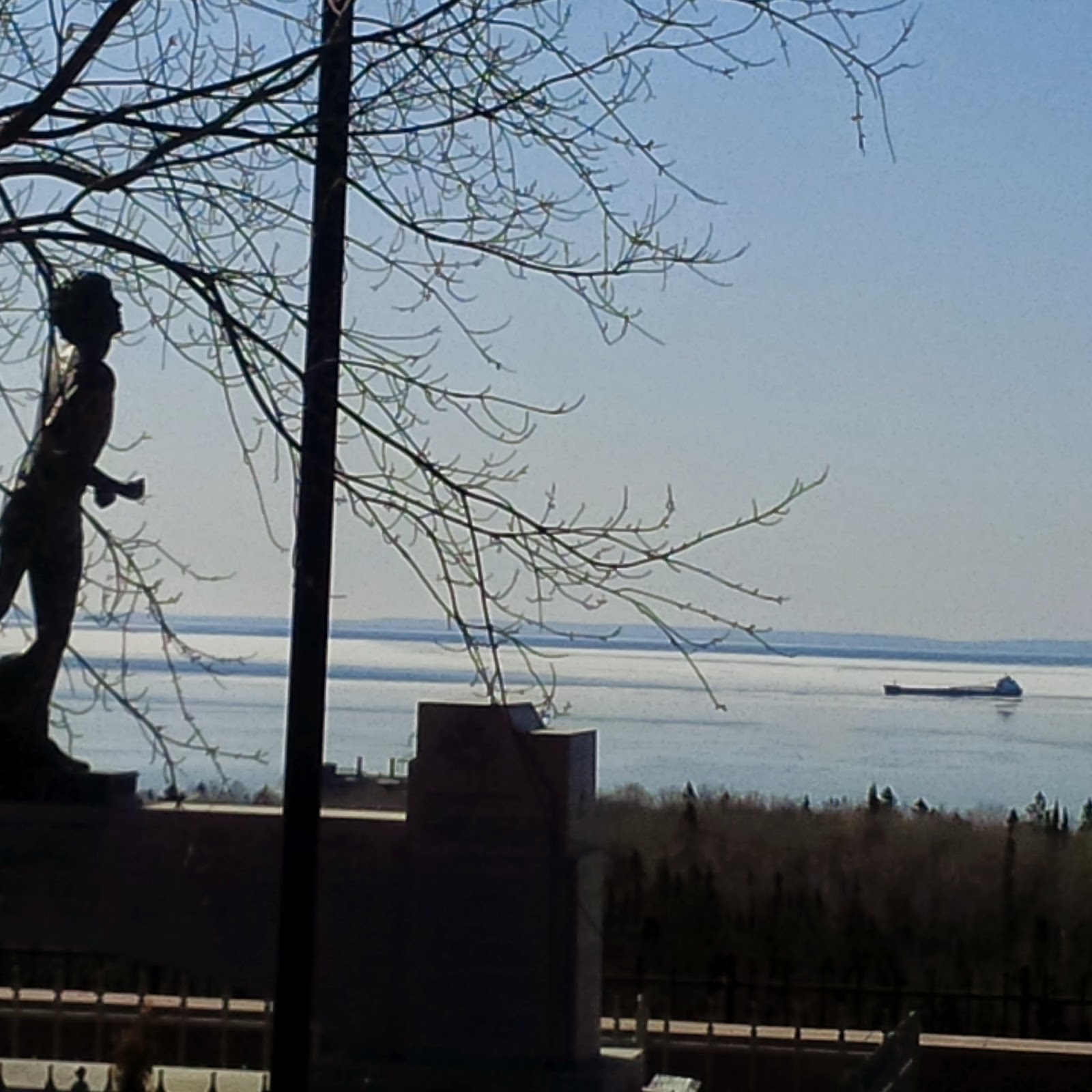 Gary set up his IC-703 in pack, and used a tripod mounted Chameleon Hy-Brid Micro with the CHA V1L whip on it.
I used the Elecraft KX3 at 5 watts and used the Chameleon F-Loop.
We attempted to make a few contacts on the higher bands with the IC-703 at 10 watts SSB since we had no problems hearing Europe, but we were not successful, bands had very fast and deep fading. 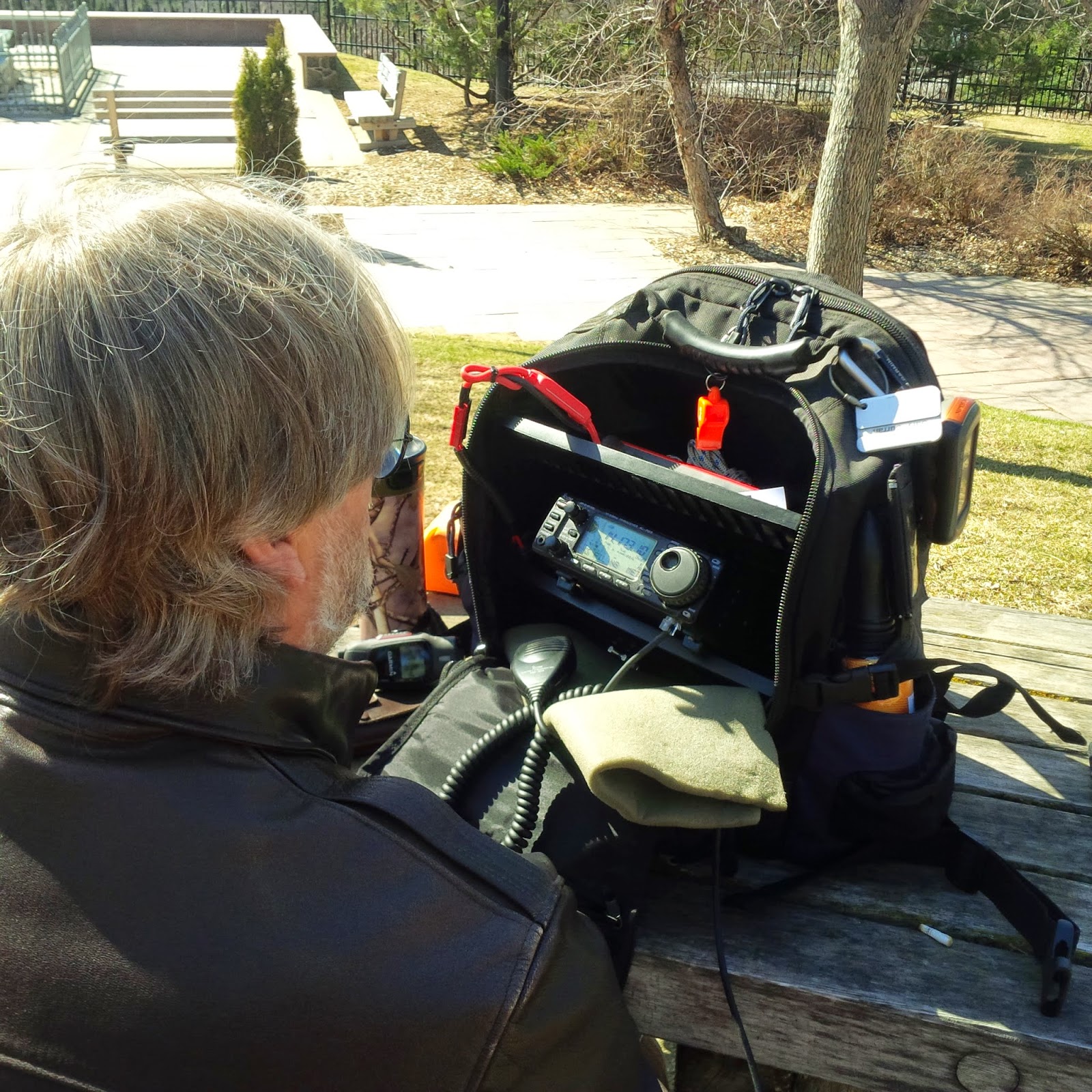 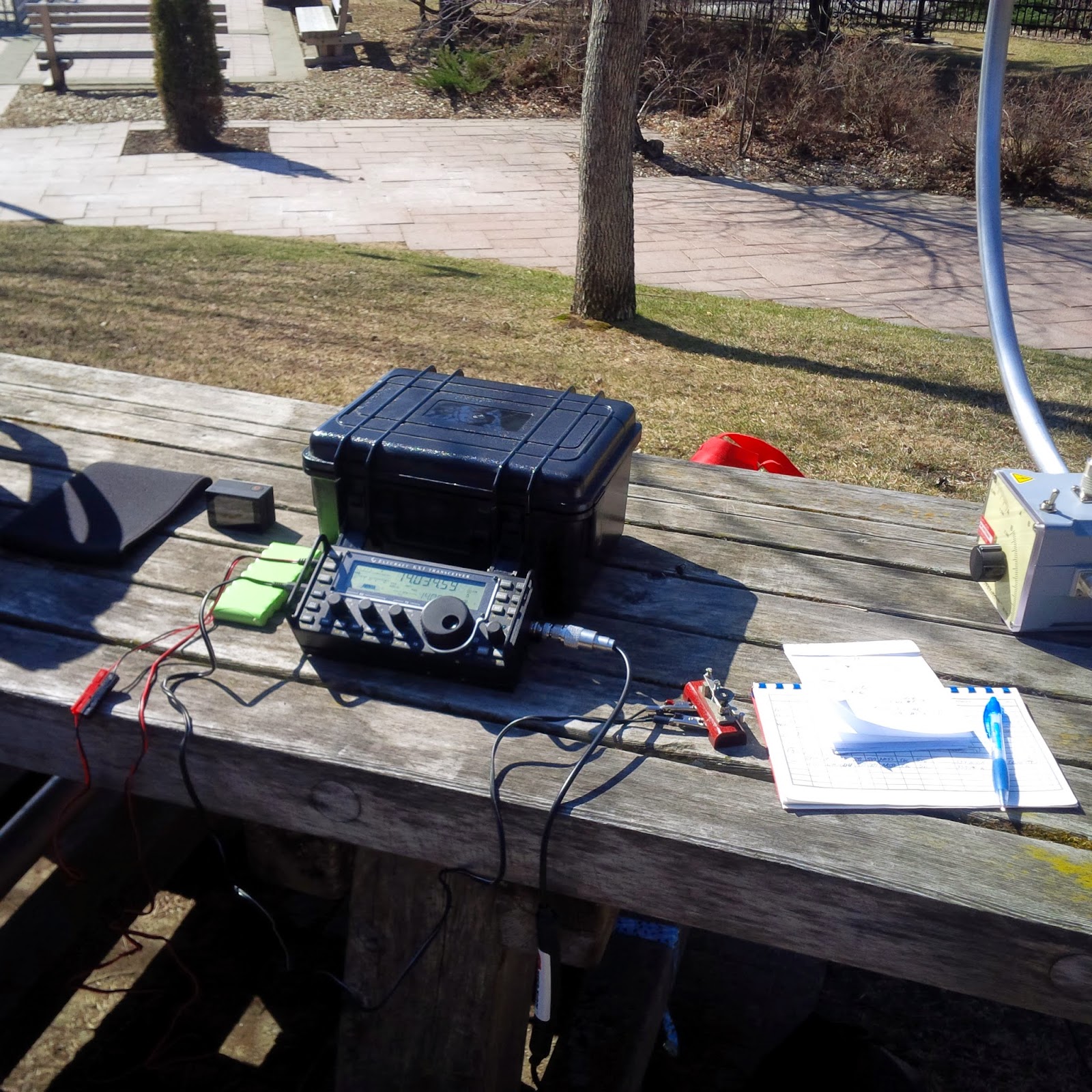 I was able to make 3 contacts as part of the QRPTTF exchange with the loop, good reports with 5 watts out, 2 contacts into NY and one into AR. The Reverse Beacon network shows some of the results of my CQ's. 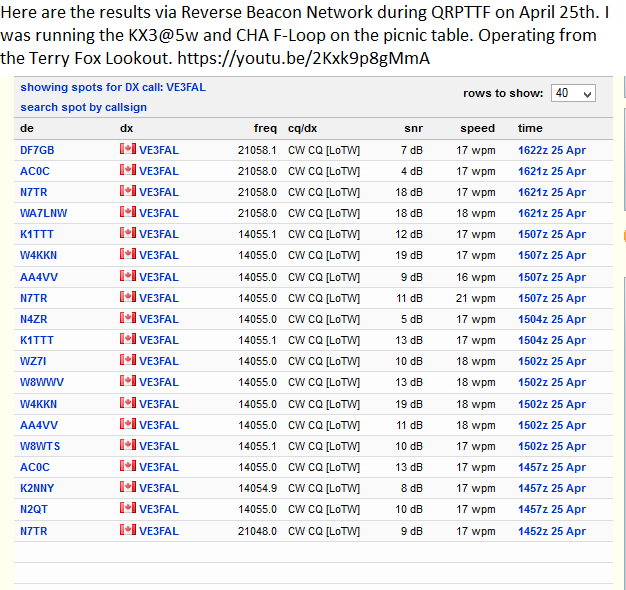 We spent about 2 hours outside operating but the wind off Lake Superior was getting a bit cool on the hands and back. We figured we would tear down and head back after another great outing operating portable. 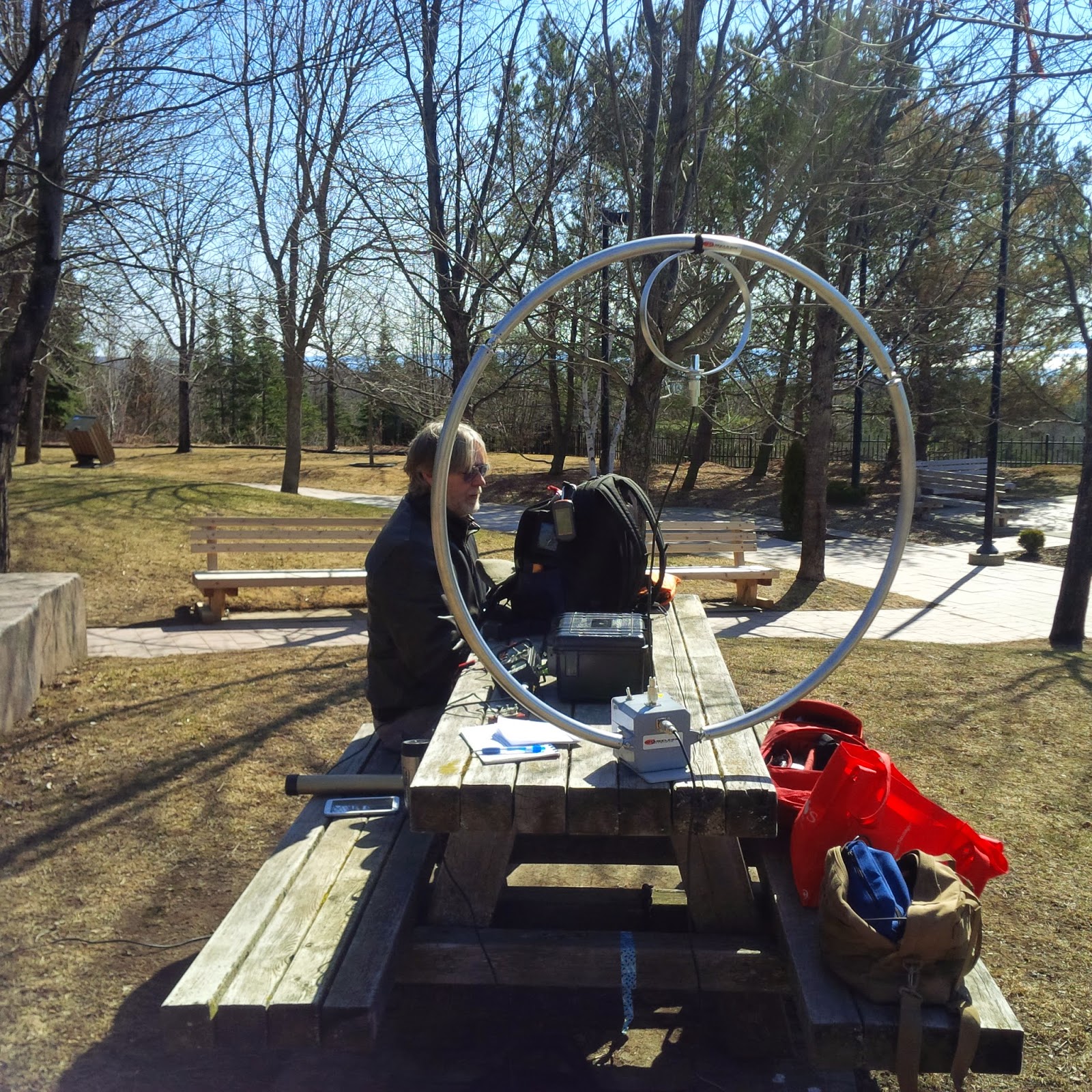 A short video of the day can be seen here at the link below on my YouTube Channel
https://youtu.be/2Kxk9p8gMmA

Thanks to Gary VE3ODE, Chamelon Antennas, Elecraft and Icom, also thanks to those we worked in QRPTTF 2015.